We at Cordings became aware of Salt Water New England, created by Muffy Aldrich a few years ago. Beautifully written with evocative photography, it is the perfect place to spend a relaxing hour. Covering all aspects of Connecticut living; the towns, history, shore and style. Muffy shares our ethos of understated quality, an appreciation of timeless clothing and of course outdoor living. We sat down with her for a virtual afternoon tea (with scones!) and asked her about her style and living in New England.

What inspired you to start your blog?

It was becoming harder and harder to find good classic clothes.  This was at the time when a lot of US clothing companies, large and small, were firing their domestic suppliers and outsourcing to China.  So I started a blog, originally called The Daily Prep and then Salt Water New England.  My goal was to find and show great clothes, as well as favourite activities and locations. And far too many Volvos.

A decade later, the demographics of quite a few of the readers have surprised me.  From what I have seen, there is a new generation of younger clothing buyers that are rejecting the current trends of fast fashion or hoodies and sweatpants.  I think this is for a variety of reasons.  For some, they take genuine pleasure and joy in well-made and lovely clothes with character, akin to the way people enjoy cooking or music.  For other readers, the right wardrobe improves their stature at work.  Business casual has removed the default of the suit, but many find that certain clothes convey their high standards.

Still other readers are worried about the environmental impact of current practices, and don’t want to be surrounded with too much stuff.  They want to be deliberate about clothes the way they have tried to be deliberate in other aspects of their life.  Regardless, most of the readers are aligned around principles.  Rather than buying for the season, they want to buy for the decade, or more.  They prefer understated to loud, and would rather improve the scene than try to be the centre of every photograph.  They know longevity in clothes is not just a matter of construction, but taste and versatility as well.

There seems to be a resonance between New England and traditional British style, would you agree? Do you think British style has been an inspiration for the preppy look? The values of dressing in style rather than following fashion seem to be shared by both.

British style is absolutely necessary.  For some context, here is my take on what has defined the classic look of Salt Water New England, which may overlap slightly with how things actually happened.

For a combination of reasons, a wonderful style emerged in the 1950s around the southeast coast of Connecticut.  It was influenced by the wealth and access of New York; great schools; and the culture of so many early settled New England towns with strong British roots.  The clothes were often bright and casual but still substantive and well made, much of which was sourced from local manufacturers.  This style was immortalized in many classic New Yorker covers that were done under the art direction of James Geraghty, whom we should really blame for the later trendiness of preppy.

Heading up the coast, New Haven fully embraced a variation of this, and of course so did the Boston area. The parents of so many prep school students bought locally-made leather shoes, Camp Mocs (a type of Moccasin – Cordings) and Bluchers (similar to an Oxford – Cordings),  in Maine on the way home from summer camp. This look was eventually re-interpreted and mass marketed, to mixed degrees of accuracy, by the “preppy” books of the early 1980s. At its most dreary, it has become completely derivative and even interchangeable with Americana. But at its best, it has and does draw heavily from British style. (It would surprise people how influential the culture of the British that originally settled New England still is.  I have a great many British ancestors, mostly from East Anglia, who came here in the 1600s and habits and tastes are passed down over generations, both good and bad!)

How would you describe your own personal style?

It is a combination of my father’s and my mother’s.  Both appreciated well made, timeless styles that encouraged outdoor activities.  My father always had a love of tweed, tattersall, moleskin, whipcord, ancient madder, blackthorn walking sticks, Deerstalker hats and flat caps, whisky and mince pies. (An appreciation of the latter two was not passed on to me.) My mother wore Scottish Fair Isles, pearls, khaki, madras, button down shirts, Topsiders, and had a predilection for Navy Blue.  There were many overlaps between them but there were also differences.  My father was very athletic and sporty and somewhat fearless; the higher the mast, the more he wanted to climb it.  He loved fly fishing, setters and retrievers, and was a passionate bird shooter in his younger years, which morphed into birding and photographing birds in his later years. He had a keen eye for beauty. All of the black and white photos on my site were taken by him. My mother’s passion was horses; her father and grandfather always kept a stable full. Many in her family rode, and carriage driving was a love.  They owned a racetrack over a hundred years ago or so.  (I rode from childhood up until my thirties and kept a rather imposing Thoroughbred for a bit.) Her other passion was nutrition. My mother was also an early adopter of leafy greens and whole grains, back when it was still considered seditious. So we took our cod liver oil! We always had a boat of some sort growing up and I spent many weekends in my youth birding. We had sheep, chickens, and bird dogs, which also informs approaches to clothes.

We are lucky enough to have many customers in US, they have a real passion for the provenance of our clothing, and an encyclopedic knowledge of mills, makers and techniques. What do you think it is about Cordings in particular that Americans like?

For my readers, the answer may be “everything.” As one reader wrote to me, “Cordings is the epitome of what SWNE exemplifies. Ironic that C is English.” Beyond that, Cordings is so unique and so special and I think most people sense that immediately. There is the timeless quality; the heritage; the kindness of the Cordings people and the concomitant incredible service; and the right ethos.  The large amount of items made locally in the UK is a huge appeal. The sad truth is that many large US clothing companies are in a race to the bottom, making the attraction of Cordings even greater.

Tweed is the cornerstone of the Cordings collection, and you mention that you have developed a love of tweed over the past few years – why is that? Is there an equivalent fabric in the US?

The more items I have in tweed, the more I use it and appreciate it. Tweed is quintessentially British – British sheep, fabric woven in Britain, and garments cut and sewn in Britain. There is hardly anything more thrilling to me than beautifully woven, soft British tweed.  (In case it has escaped anyone at this point, I am a bit of a nutter.) Growing up, it was difficult to find good sources. Today, the Internet has opened that up.  And no, there is no equivalent US material, although some may argue it would be of capacitive touch screens on smart phones.

What pieces from the Cordings collection would you recommend to New Englanders?

Your Tweed Field/Shooting Coats are simply perfect. I think everybody should have at least one, or a few.  Not only are they ideal in the field but they also can be used on business trips, football games, and walks in the woods.  They are tough, comfortable, and great looking. It is also so very easy to broadly recommend your collection of lambswool pullovers, beautifully made in Scotland.  Beyond that, you have an exceptional array of trousers – from moleskins to corduroys in both  wonderfully brilliant as well as subdued colours.  And you have such a broad offering of tattersalls shirts.  And those silk scarves made in England! Your tweed jackets are also wonderful. Your tweed carry alls are so very useful. You can’t go wrong with any of these.  And you also have so much more… One early entry on the blog was called “The Dingy Test.” It basically said that you seldom want to be wearing an outfit that would preclude climbing into a dingy if the opportunity presented itself. So many Cordings items fall into this category.

What three things would you recommend visitors to NE do? What time of year is good to visit?

Go Camden, Maine in summer or autumn. Go out on a windjammer cruise and climb Mt. Battie. Go to Newport in summer, but avoid the land as much as possible and get out on Narraganset Bay. Visit the campuses of Harvard and Yale anytime but winter. Go to the Yale museums, and eat where the students eat. If you want really good food, Portland Maine is the place. The Cape and the Islands (Martha’s Vineyard and Nantucket) are extraordinarily popular and thus very crowded, so go off season if possible.

Your blog celebrates outdoor living and embracing the elements. What items of clothing do you recommend for both summer and autumn?

One thing I have done on SWNE is to tag certain items as “Core items.”  The core items include Bengal Stripe shirts and tattersalls; Shetland Sweaters; bluchers, camp mocs, and boat shoes, and khakis. I have also tagged items as “favourites” which are not as easy to broadly recommend as staples, but to anyone whose tastes align with mine, they really are just fantastic. 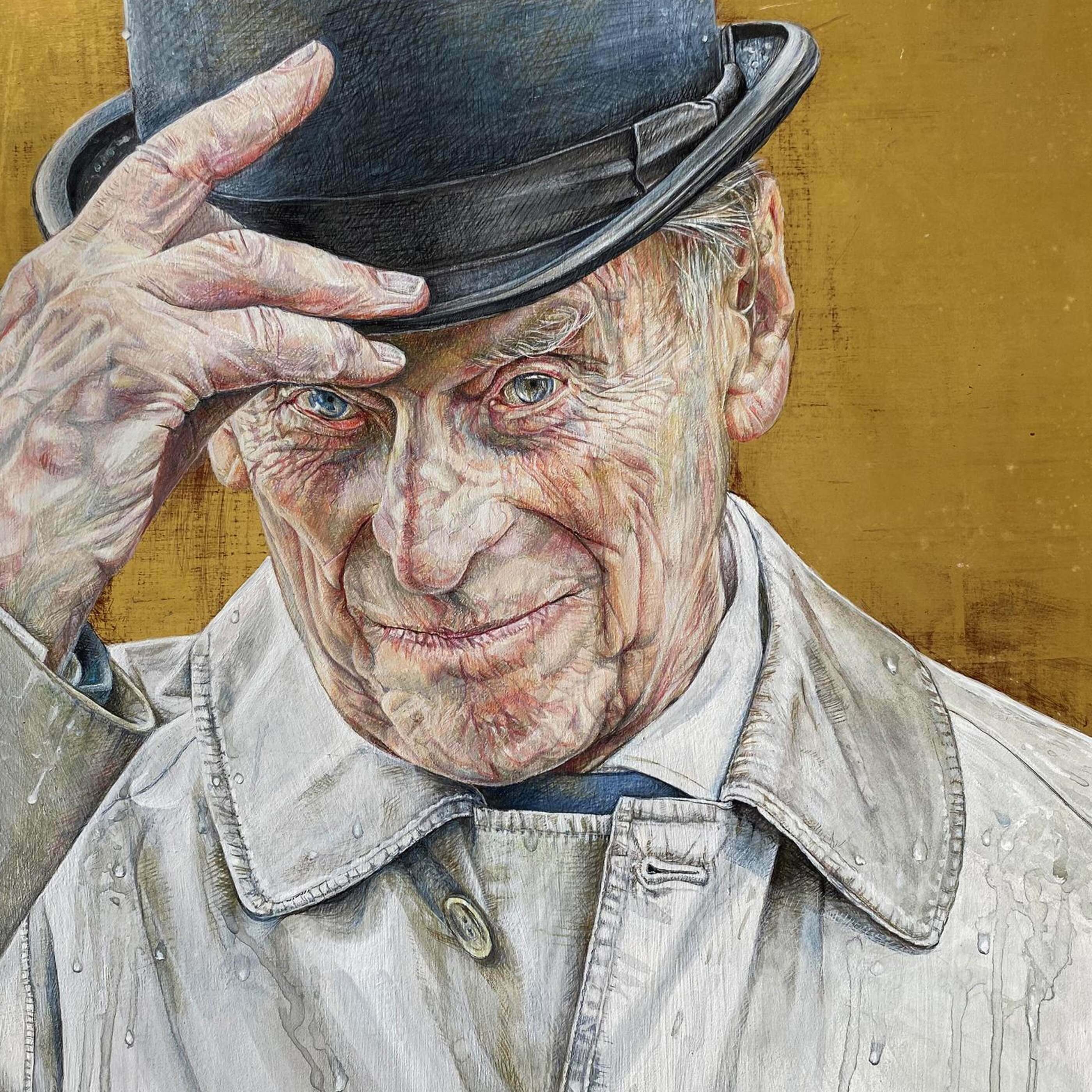 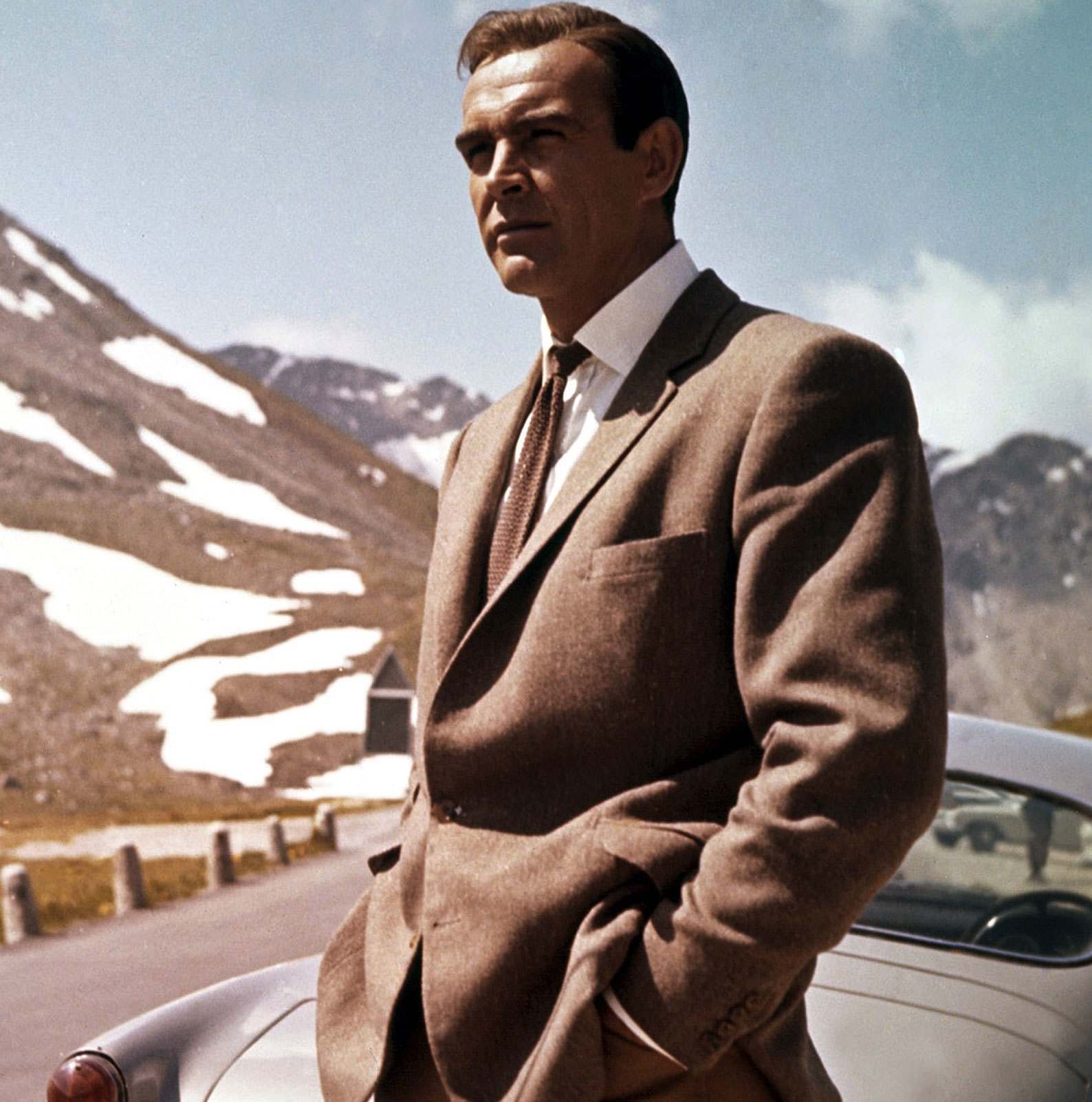